I recently saw a pleasant 53 year–old female patient in my Portland sports injury clinic who has been struggling with right shoulder pain for several months. It was causing daily low-grade pain and would flare up for a few days to a couple weeks while making simple movements like brushing her hair, reaching up for a cup in a cabinet, and even exercise like yoga and pilates painful. This would also wake her up at night; making it difficult to get a good night’s rest. To further complicate things, she had previous breast cancer affecting her left chest and radiation therapy restricted her left shoulder range of motion. She relies on her right shoulder and arm and this was frustrating for her. On her exam, she had restricted ability to reach overhead and behind her back. Also, she had pain with lifting her right arm against resistance. Her x-ray showed a calcification affecting her right shoulder. On ultrasound, showed a 1x1x0.5cm (centimeter) calcification in her supraspinatus (rotator cuff) tendon.

Her diagnosis was calcific tendinitis of her right rotator cuff.

Calcific tendinitis is a common cause of shoulder pain, and the pain can be severe. It is usually treated with anti-inflammatory medication and rest. Rarely is this painful condition treated surgically.

For this patient, using ultrasound guidance, we were able to anesthetize the shoulder and guide a small needle into the calcification and remove the calcification through the needle by a lavage (irrigation) process in just a few minutes. The patient experienced significant improvement of her shoulder pain and strength within 48 hours and follow up x-rays showed the calcification to be resolved.

Advanced imaging techniques and procedural training are allowing for more and more precision delivery of care at the site of pain. A small needle carefully guided into position using x-ray or ultrasound can now do the work that used to require surgery. Recovery times are vastly improved compared to previous treatments. In addition to the shoulder, other areas such as tendon problems of the elbow, knee, ankle, and wrist that once caused chronic pain with little to no surgical solutions can be effectively treated using precision guided percutaneous procedures with minimal downtime and a fast return to full activity.

Precision image guided techniques are allowing for careful delivery of powerful therapeutic medical treatments and orthobiologics such as platelet rich plasma (PRP) to targeted areas of damaged tissue. In some cases, these treatments remove the damaged tissue promoting the body’s ability to regenerate new healthy tissue, while other image guided treatments allow for targeted delivery of low doses of medication to an area of inflammation.

Precise image guided treatments are part of important medical advances allowing faster recovery and return to sport or work for many individuals. These advanced treatments rely on highly trained and experienced physicians who can accurately diagnose the underlying pain generating problem and apply the correct and appropriate technology to fix the problem.

Another recent patient, a 16 year–old baseball player was injured in a car accident in downtown Portland when a car pulled out in front of his mom and his right knee and kneecap hit the hard plastic console/glove box as he was riding in the front passenger seat. He had tried rest, medication, braces, physical therapy, and had sought several medical and surgical opinions for his pain over the past 6 months. His injury was making it hard for him to play baseball catcher and squat for prolonged periods. His knee mri showed patellar tendinosis, also known as jumper’s knee. His initial injury resulted in inflammation of the patella tendon and He was frustrated with his lack of improvement with treatment so far and struggling to stay active as his pain was limiting his enjoyment in sports. After discussing treatment options with the patient and his parents, we decided to plan for a percutaneous needle tenotomy and platelet rich plasma (PRP) injection for his knee. This procedure could help his body repair the damaged tendon tissue, but also carried some risks such as tendon rupture. Since he was having a lot of pain and limitations, the patient and his parents thought this procedure was worth a try. After diligently following the post procedure protocol for two months, the patient felt 90% better and was back to playing catcher and running nearly pain free.

Recently, a 66 year—old patient with left  knee osteoarthritis and chronic pain came to see me. He had an old sports related injury 30 years ago and developed knee arthritis. He had been scheduled for a knee replacement until Covid 19 delayed his procedure and then he experienced a medical event that also delayed his knee surgery plans. He was struggling with standing and walking due to his knee pain and came to see me about options for treating his knee arthritis and pain. He did not want to take pain medication and was interested in a procedure that would allow him to have less pain until he could become a candidate for a knee replacement again. We discussed his treatment options and decided to try a procedure called cooled radiofrequency ablation. It treats the nerves that send pain signals to the brain from the knee joint. It does not affect the strength of the knee and motion of the knee and has been found to be effective at treating chronic knee pain due to arthritis and can last for over 12 months. It can also be repeated if effective. Because cooled radiofrequency ablation is a low–risk procedure that takes 20 minutes and individuals can go back to normal activity in 24-48 hours whereas, a knee replacement is more complex, risky, and with longer recovery the patient was found to be an appropriate candidate for the cooled radiofrequency ablation procedure for his chronic knee pain and arthritis. When I saw the patient two weeks after his procedure, he was no longer walking with a cane and felt 75% better. He even stated that he would rather have this once a year than a knee replacement.

As medical and procedural technology continues to evolve, we have seen open surgeries performed through large incisions become mini open surgeries with smaller incisions, then become arthroscopic surgery, and now we are in the early stages of needle arthroscopy with surgery being performed without incisions. As these exciting medical advances continue to reach patients in sports medicine, we can continue to expect more precise and targeted treatment of pain like knee and shoulder pain at its source, allowing for faster recovery and return to previous levels of activity. 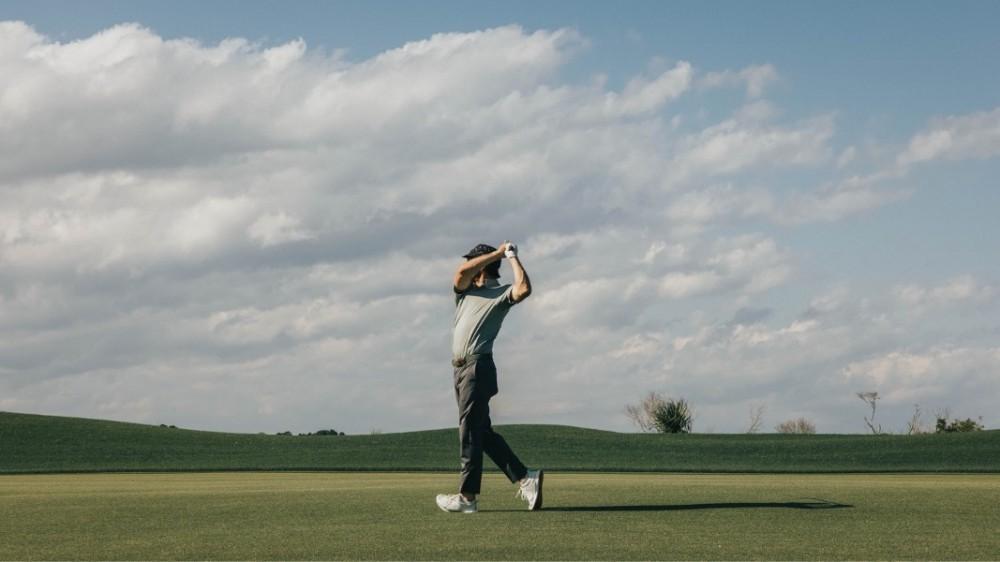 Golf requires repetitive movements which can lead to various injuries. A sports injury clinic in Portland can provide fast and effective treatment. 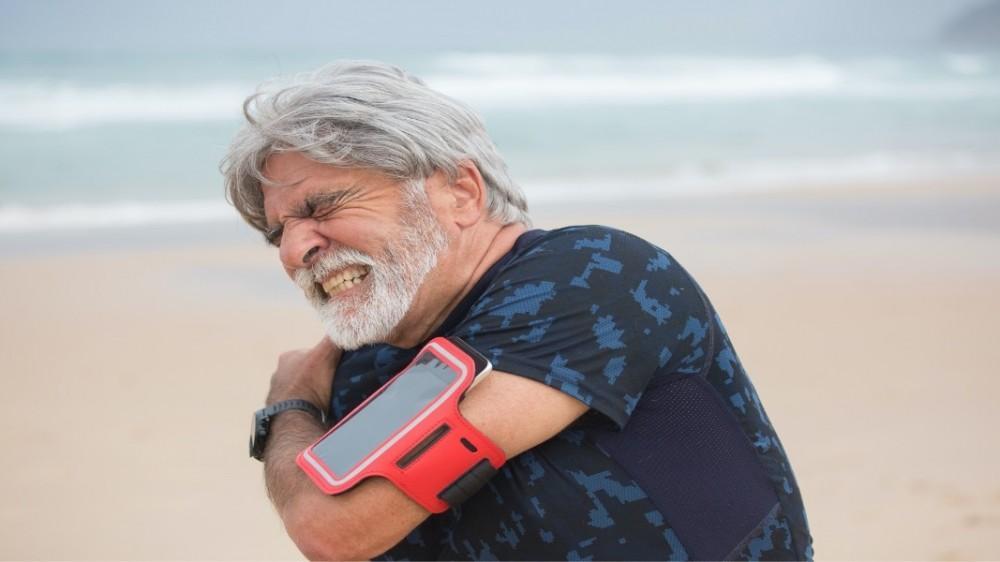 What You Should Know About Receiving a TENEX Procedure in Portland Have you recently suffered a sports injury? Are you considering retiring or getting fed up playing sports while in pain? Maybe you have a lingering knee or shoulder injury that, no matter what you do, will not get better?... 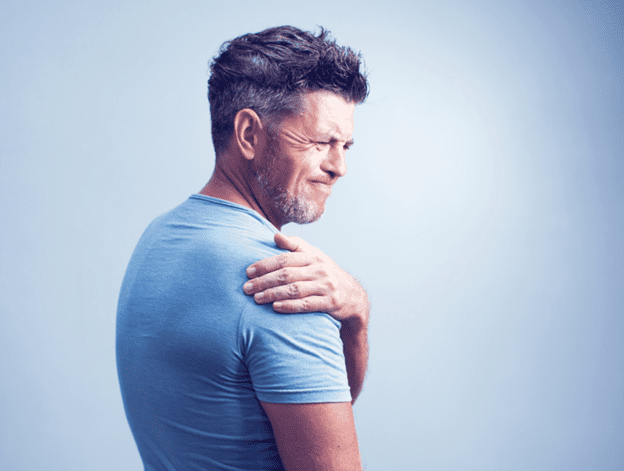 How To Choose The Best PRP Clinic: 6 Key Factors To Consider

If you’ve recently suffered an injury or are considering treatment sometimes called regenerative medicine, then you may be looking for a sports medicine specialty clinic that utilizes PRP. What Is A PRP Injection And How Does It Work?

Did you know that over 3 million people are injured in car accidents every year in the United States? In sports, over 2 million athletes of all ages and sports suffer injuries every year. 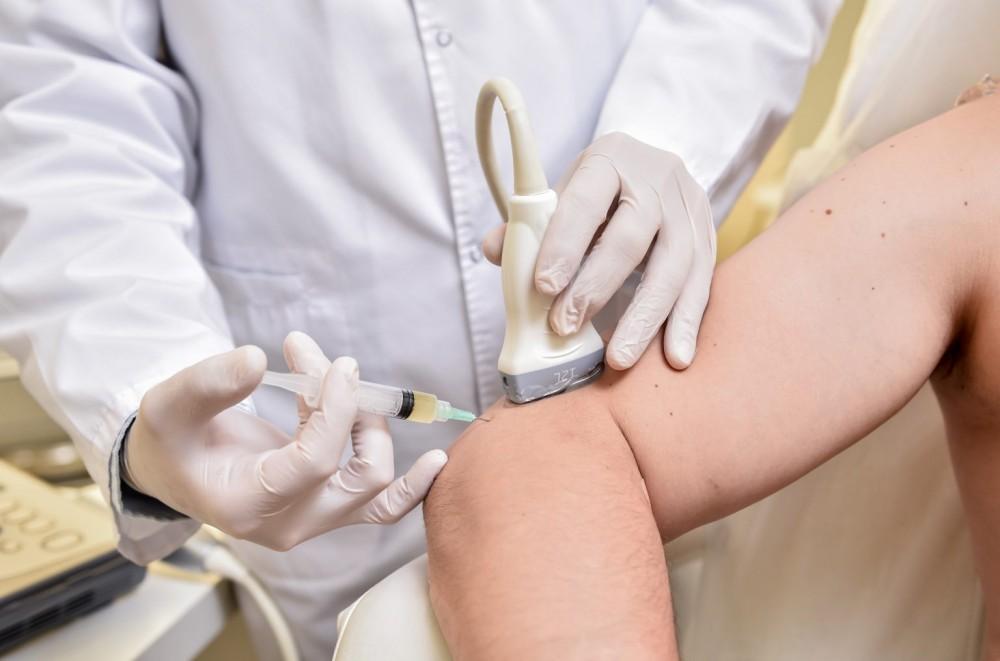 Are you recovering from an injury? Or do you want to end your daily bouts with that nagging shoulder pain? When we talk about pain, we can further spread it out to different types and categories.