Body Composition Testing Available!  Learn more about your body and how to optimize your health, fitness, and achieve your weight loss goals. 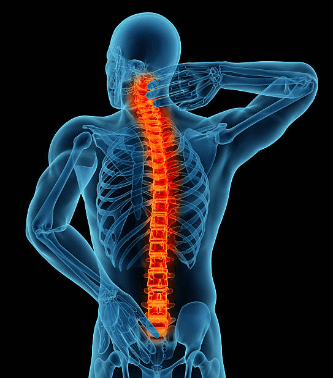 Our spines have discs that cushion between the vertebra.  These discs have a fibrous outer rim and a softer central nucleus.  Think of these discs as providing cushioning, and support for the vertebra.

As we age, these discs degenerate meaning that they lose some of their cushioning ability and the nucleus loses some of its fluid and dries out representing an early form of arthritis of the spine.  It is common to see these changes as early as our third decade of life on an mri or other imaging like xrays.

As these discs deteriorate, they can be more prone to bulging, or protrusions also known as disc herniations.  Discs can herniate to the right side, left side, or centrally.  If a disc herniates to the left side and pinches/touches upon a nerve on that left side, it could radiate pain down the leg if it is a lumbar disc, or pain down the arm if it is a cervical disc. The same can happen on the right side.  Less frequently, a disc can herniate centrally causing pain or other symptoms into both legs or arms.

Herniated discs can be debilitatingly painful.  Fortunately, most individuals with disc herniations achieve improvement and return to normal functioning without surgery.  At Sports Health Northwest, we are happy to help you recover from a disc herniation and avoid surgery.